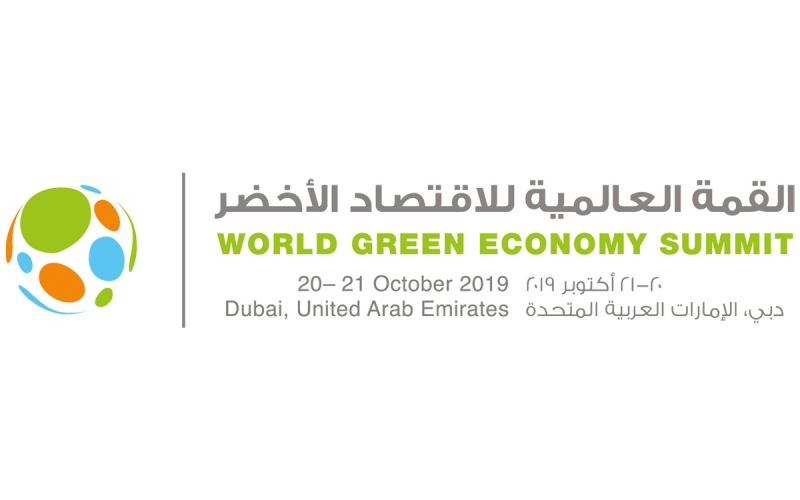 The theme of the summit this year was ‘‘Innovative Technologies for a Sustainable Economy’’ which brought together many prominent speakers from across the world, in addition to dignitaries, representatives from government organizations and finance professionals.

The opening ceremony was attended by local dignitaries including HE Saeed Mohammed Al Tayer, Vice Chairman of the Dubai Supreme Council of Energy and Chairman of WGES, and also a “who’s who”” of  present and former Presidents and Prime ministers including HE Azali Assoumani, President of the Comoros, Ban Ki-moon, former Secretary-General of the United Nations; François Hollande, former President of France; Felipe Calderon, former President of Mexico; Julia Gillard, former Prime Minister of Australia, and HE Ovais Sarmad, Deputy Executive Secretary of the United Nations Framework Convention on Climate Change (UNFCCC).

The WGES is one of the largest gatherings of its kind in the world and is held annually. Now in its sixth year, the WGES invites policymakers, government officials, international business leaders and world-renowned experts to discuss strategies that can advance sustainability and promote green investments. It is also intended to activate partnerships and exchange experiences to build consensus and public awareness about the environment and the promotion of green technologies.

Thus far, more than 9,500 companies have joined the UN Global Compact, the world’s largest corporate sustainability initiative, voluntarily pledging to adopt sustainable and socially responsible policies, and to report on their implementation.  With the decline of natural resources and the rise in social responsibility, consumers are increasingly demanding ethically sourced and environmentally friendly goods and services. WGES seeks to drive such a dialogue amongst industry stakeholders, encouraging international partnerships and showcasing innovative solutions that could be applied across different markets.

Dubai is incentivised to hold the event by the directives of Sheikh Mohammed bin Rashid Al Maktoum to balance economic growth with the sustainability of natural and environmental resources in support of the UN’s Sustainable Development Goals 2030. The UAE itself has several concurrent initiatives in this area, including the UAE Green Agenda 2030, the Dubai Plan 2021 and the Dubai Clean Energy Strategy 2050, thereby demonstrating the UAE’s commitment to, and support of, global efforts in the use of clean and renewable energy globally.

In the UAE, several key initiatives have accelerated the pace of a green economy. Transformational projects such as the creation of solar power plants, adoption of electric cars, digitization supporting infrastructure as well as the construction of sustainable, low-carbon urban communities across the UAE demonstrate that the country is committed to achieve progress and demonstrate its initiative to be a global capital of green economy.

At the summit, most leaders spoke about the need for a unity of purpose in solving climate change and building sustainable green economies. The President of Comores, HE Azali Assoumani, in his remarks talked about a systemic crisis in terms of environmental impact in his country and asked for a combined effort to solve those issues which could not be addressed in isolation by any one country. Former Secretary-General of the United Nations, Ban Ki Moon, paid tribute to WGES and commended the creation of the forum six years ago to address these issues collectively, but warned that time was running out and action was needed urgently. François Hollande, former President of France, also reiterated the need for urgent global action on climate change and that green finance as he called it was the “need of the hour”. Former President of Mexico, Felipe Calderon, called for focus on three themes, ie change the way cities are built, stimulate a new agricultural revolution and produce energy with cleaner technologies.

On the second day of the conference, Julia Gillard, former Prime Minister of Australia, spoke principally about gender equality and the role of women in the green economy. Their involvement was critical to the success of initiatives in this area and will have profound role model implications for generations to follow and make a positive difference towards sustainability. Juan Manuel Santos, former President of Colombia, spoke about his country working on its ambitious Green Agenda 2030. He also stressed the need for political support and requisite legislation if we are to succeed globally with respect to climate change, which goes in tandem with the green economy.

The well attended summit ended with the WEGS Dubai Declaration, which calls for the establishment of an innovative funding mechanism open to all stakeholders that will aim to mobilize both domestic and international funds to activate partnerships and funding opportunities to strengthen the capacity building for the green economy.