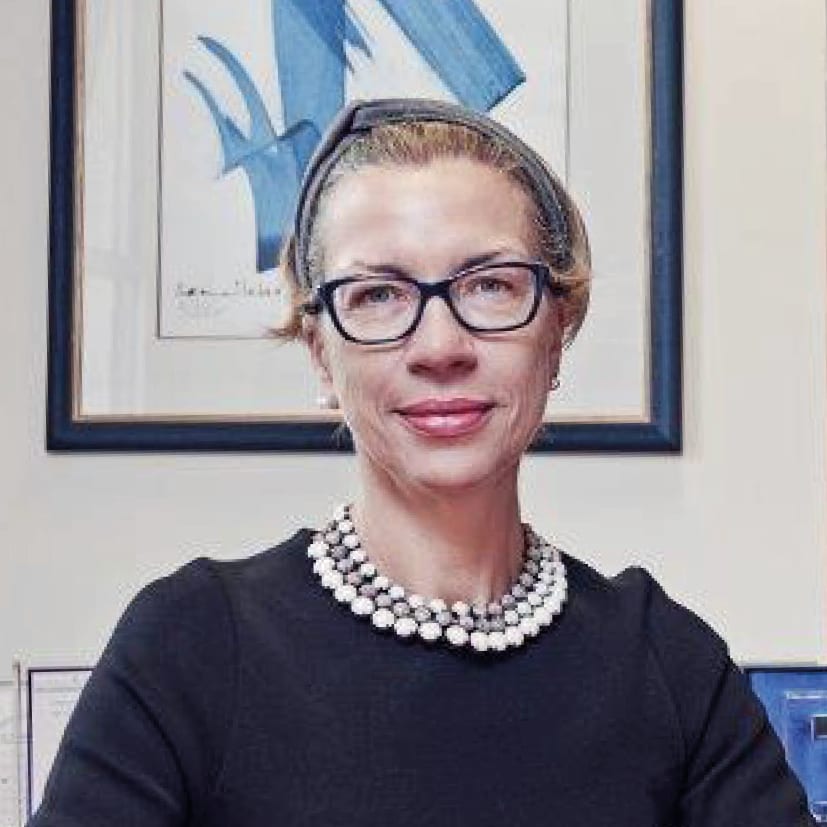 Stella Cox has worked within the Islamic financial marketplace for more than thirty years. Since 1998 she has been Managing Director of DDCAP Group™. Under Stella’s leadership, DDCAP has pioneered Sharia’a compliant intermediation services, bringing automation to the industry sector through the Group’s ETHOS AFP™, serving clients and counterparties across the globe. DDCAP has also invested, for its own account, in a number of Islamic financial sector firms and initiatives.

Previously Stella was a Director of merchant bank Kleinwort Benson Limited, where her team managed assets aggregating over US$2bn. Whilst at Kleinwort, Stella was involved in structuring The Islamic Fund, the first Sharia’a compliant global equity fund which launched in 1986. She was also a Director of the Al Meezan Commodity Fund plc, a joint venture initiative with a GCC Islamic bank that invested in non-ferrous metals traded on the London Metal Exchange.

From 2007-2009 Stella served as an Independent Non-Executive Director of Gatehouse Bank, a UK Islamic investment bank. Outside of DDCAP, Stella has had the privilege to be appointed to numerous industry think tanks, working groups and committees. These include membership of the Working Group established by the Central Bank of Bahrain (formerly the Bahrain Monetary Authority) with the purpose of developing procedures and documentation for Islamic commodity trading and assisting the Dubai International Financial Centre Islamic Advisory Committee with its work on selected strategic development initiatives. Stella served as a member of the Islamic Financial Services Board Money Market Task Force on Markets and Instruments for Sharia’a Compliant Liquidity Management and currently represents DDCAP on project specific Working Groups of the International Islamic Financial Market.

In 2013, the UK Government launched its first Islamic Finance Task Force. The ministerial led Task Force was established to refocus on Islamic finance and the UK proposition. Stella was one of a small group of non-ministerial industry experts within the Task Force and acted as practitioner lead for the regulatory work stream. With support from the Task Force, the UK Government announced plans to launch an inaugural sovereign Sukuk at the World Islamic Economic Forum (WIEF) in October 2013 in London, with the successful issuance following in June 2014.

In 2014, Stella was appointed Chair of the Islamic Finance Market Advisory Group formed by TheCityUK, the financial services professional body that champions UK-based financial and related professional services. It is a membership body, lobbying on the industry’s behalf, producing evidence of its importance to the wider national economy.

In June 2016, Stella was appointed a Commander of the Order of the British Empire (CBE). Stella was honoured for her services to the Economy and, specifically, as a Champion for the Development of Islamic Finance in the UK. In 2017, she was ranked number 1 in the ‘Top 10 Women in Islamic Banking & Finance’ listing published by ISFIRE, and in the ISFIRE ‘WOMANi 2018’ Report she was ranked number 1 amongst the ‘100 Most Influential Women in Islamic Finance’. In April 2019, Stella was appointed Patron-in-Chief of WOMANi.

Stella is a personal advocate of the United Nations’ Sustainable Development Goals objectives and the relevant responsible practises championed by DDCAP. She supports educational initiatives that are relevant to the market and the development of its human capital. She has served as a member of the University of East London’s Islamic Finance and Banking Advisory Board and has been a visiting lecturer at Durham University’s Islamic Finance Summer School Programme, as well as the Cambridge Islamic Finance Programme at Clare College, Cambridge and the Saïd Business School, University of Oxford.

Since 2015 Stella has been a member of the Board of Trustees of the RFI Foundation and previously served as an Advisory Board member for the Ethical Finance Innovation Challenge Awards (“EFICA”) co-sponsored by Abu Dhabi Islamic Bank and Thomson Reuters. She also serves as a member of the Nomination Committee for Malaysia’s Royal Award for Islamic Finance (The Royal Award).

Outside of her work as a financial markets practitioner, Stella speaks regularly at international conferences on a broad range of topics and has contributed to many publications. Specifically, she was co-author of Structuring Islamic Finance Transactions published by Euromoney Books and co-authored the Islamic Finance Qualification (IFQ) jointly offered by the UK Chartered Institute for Securities & Investment (CISI) and the École Supérieure des Affaires in Lebanon, contributing the Islamic Asset and Fund Management module.