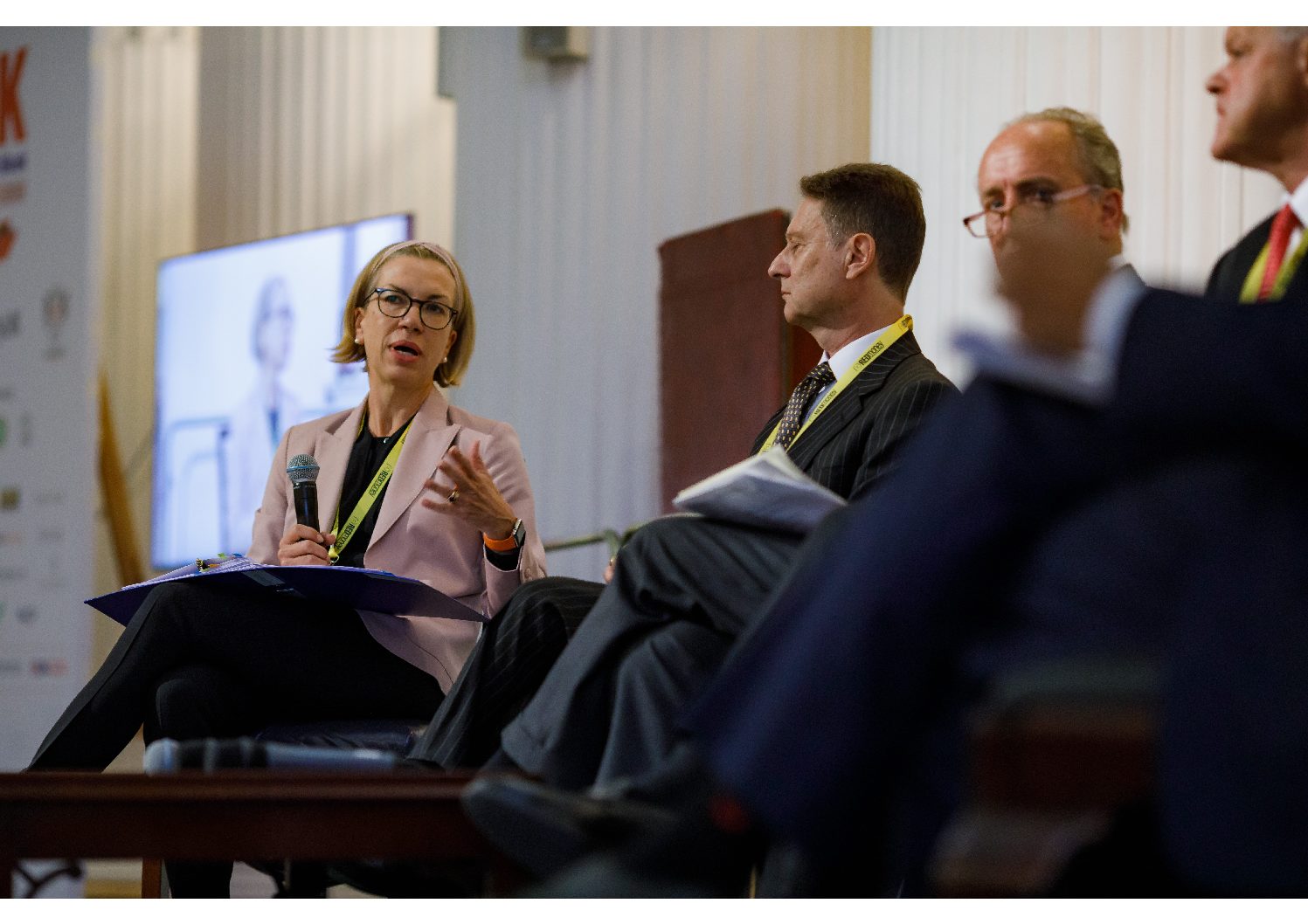 Over 400 delegates from across the world gathered for the UK Islamic Finance Week to discuss issues facing the global Shari’a finance industry.  The Mansion House event was organised by IFN and opened by Charles Bowman, Lord Mayor of the City of London, who confirmed the City’s commitment to ensure London remains the leading Islamic Finance Hub of the Western World.

Managing Director, Stella Cox CBE, moderated the opening panel sessions at the main event with ‘Mega Trends: Global and Regional Influencers for Islamic Finance and Investment’, which included discussions on the impact of Brexit on UK Islamic Investment.  Senior industry leaders commented that Brexit currently had little impact on inward investment into the UK, with the summer still being very busy. There was continued demand in certain areas, for example financing commercial real estate in the North of England as investors look for better yields, whilst opportunities exist in developing banking services for the domestic Islamic community.  Nicholas Judd, Founder and Head of Investment for 90 North Real Estate Partners, offered a note of caution, however, stating that a no-deal Brexit will impact the pound and may cause concern with large currency losses on existing investments.

Lawrence Oliver, Director and Deputy CEO, moderated the afternoon panel session on Liquidity Issues and Supervision of Islamic Financial Institutions in Western Europe, which identified operational and regulatory challenges facing Islamic financial institutions. In particular, discussion focused on the UK government and its on-going evaluation of the potential re-issue of its landmark 2014 Sukuk, part of which includes exploring alternative Sukuk structures.  It was also noted that the Bank of England is continuing with its efforts to launch a new Shari’a compliant liquidity management facility.

Running concurrently with the main event were a number of closed door sessions.  Lawrence attended the Investment Management meeting, an exclusive dialogue discussing key issues in investment and asset management whilst, on the morning of the second day, Jennifer Schwalbenberg, Associate Director, attended the Real Estate event hosted by Ashurst LLP.   Stella attended the IFN FinTech Huddle, which took place in the afternoon.

Stella was also prominently involved in other events during the week, notably, chairing the HMG Forum, a roundtable discussion on Catalysing Development with Islamic Finance, a forum which took place immediately prior to the IFN event and involving a panel of senior public and private sector figures.  Stella also participated with 11:FS in the first Islamic FinTech podcast on FinTech Insider, which is one of the most popular business podcasts in the FinTech market. Other participants included Sarah Kocianski, the show’s host, Abdul Haseeb Basit, Co-Founder & Principal of Elipses, Harris Irfan, Chair of the UK Islamic FinTech Panel, Irfan Khan, CEO of Yielders, and Sheeza Shah, CEO of UpEffect.