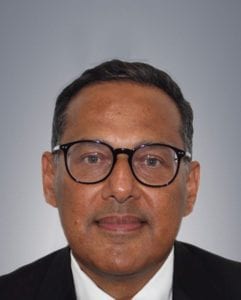 Cassim joined DDCAP in 2010 and is the Regional Director of DDCAP (DIFC) Limited.

Cassim has over 30 years international banking experience in Canada, the US, Europe, Asia, the Middle East and Africa. Cassim started his banking career in 1981 with Citibank in London before moving to Canada, where he held senior positions at Citibank, Bank of Montreal and the Bank of Nova Scotia. He has worked in the Middle East since 1991, holding senior executive positions with banks including Kuwait Finance House, Al Rajhi Bank in Saudi Arabia and, most recently, the National Bank of Abu Dhabi. Cassim has built strong relationships with major institutions and government entities in the region and has experience across Commercial, Investment and Islamic bank offerings, focused on institutional investors.

Cassim holds a BA (Hons) from Warwick University, an MA from London University and is a fellow of the Institute of Canadian Bankers (FICB). He was Honorary Consul for South Africa to the Kingdom of Bahrain from 1999-2004.